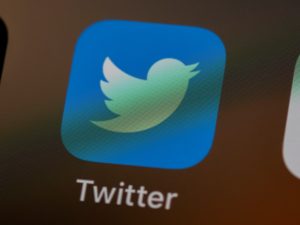 Can’t Edit a Tweet? Here’s What You Can Do Instead

People make mistakes — it’s a fact of life. When you make a mistake on the web, however, they stick around for a long time. Publishing a post with a bad typo or incorrect information could go viral and bring you the wrong kind of attention.

When you do make an error, the first step you take is to rectify it. Some social networking platforms, such as Facebook, allow you to freely edit a post you’ve shared with the public.

There’s one social media site, however, that doesn’t let you fix your goofs. Twitter doesn’t have an edit tweet feature on its platform.

Can You Edit a Tweet? No, But There Was a Conversation Around It

There were talks in the past concerning a possible edit feature for Twitter users. Back in late 2016, Jack Dorsey, the CEO and co-founder of Twitter, gave users a glimmer of hope when he suggested a time-limited edit option. This feature works by giving users a confined time window, such as a few minutes, to fix typos, grammatical errors and other problems as required.

Three years later, Dorsey once again floated the idea of editing a Twitter post within a particular time limit. This time, however, you’d only have less than a minute (5 to 30 seconds to be more precise) to correct the mistakes on your post. Anything longer than 30 seconds won’t fly, as this takes away the real-time element of a conversational flow.

This 2020, however, Dorsey shattered the dreams of users by straight-up saying that an edit feature on Twitter won’t be happening anytime soon.

The Twitter co-founder confirmed on Q and A segment with Wired why users can’t edit a Tweet. Sunshine (Twitter handle: @taisydorres) asked about getting an edit button in 2020.

He explained in the video that Twitter began as an SMS text messaging service. When a person sends a text message, they can’t take back what they sent. The social media platform wanted to preserve that “it’s final” vibe in the early days.

Does this mean that you can let that tweet mistake sit on the web forever? Not necessarily. Although Twitter won’t let you modify a tweet after sending, you have options to mitigate the damage.

Here are a few suggestions you could follow to change your published tweets:

The Traditional “Repost and Delete” Approach

Reposting essentially means using the content on the old tweet, making the necessary corrections and hitting the tweet button again. When editing your tweet for reposting, you could first paste the old tweet on a Word document or an online writing assistant, such as Grammarly, to iron out the spelling and grammatical mistakes of your post.

The next step is to erase the evidence of your mistakes by taking out your erroneous or embarrassing Tweet. Although Twitter may not allow you to edit tweets, you can remove them from your feed.

Keep these steps in mind when you’re deleting a tweet:

Important Note: Removing your tweet won’t guarantee that your post is deleted on the web for good. If someone were to copy and paste your tweet or take a screenshot of it, your problematic tweet will stay on the internet for good.

Something good came out of Donald Trump’s “Despite the constant negative press covfefe” tweet.

Corey Gwin, a programmer based in California, developed a platform that allows users on Twitter to edit their tweets. He named his editing tool Covfefe after the former U.S. president’s Twitter gaffe.

This Google Chrome extension enables you to “sort-of” edit your old tweets. What Covfefe does is to delete the old tweet and replace it with a new one. It’s like the conventional repost-and-delete approach, but a lot more efficient.

Covfefe also postpones your tweets from going live by 15 seconds. This gives you ample time to undo or revise a tweet before it goes live for the world to see.

Here’s a basic step-by-step guide in using this extension:

Take note, though, that Covfefe does have some kinks. If you use this platform to edit your tweet, you’ll lose your retweets and favorites connected with the old tweet. If you’re OK with this limitation, however, then this Chrome extension may just be the one you need.

Brizzly launched a platform to serve the needs of Twitter power users. The company’s Brizzly+ comes with the following features:

Unlike Covfefe where you can work with your tweets at no charge, the convenience provided by Brizzly+ comes with a cost. Plans begin at $2.49 per month (when you pay yearly). You could try this platform out for two weeks to see if this is right for you.

Since You Can’t Actually Edit a Tweet, You Need to Double-Check Your Posts

Online is forever, as they say. This means that your tweets, posts, pictures and other stuff you publish on the web will stay on the web.

If you’re a job seeker, for instance, you should be mindful of the tweets and other posts you publish online. A survey published in Small Business Trends revealed that 9 out of 10 employers use social media as a tool for candidate assessment.

Besides job hunters, companies using Twitter and other social media to improve their online presence should think carefully about what they’re posting. The wrong tweet could be damaging to a business’ reputation.

Take the highly infamous corporate tweet of US Airways as an example. The company’s official Twitter account tweeted a photo of a naked woman with a toy airplane inserted into her private area. Although the airline apologized for the incident and deleted the NSFW image from their Twitter page, the damage was set.

Everyone, therefore, should take a good look at their tweets before sending them. Here are a few best think-before-you-post practices that you can follow to prevent a social media disaster:

Will there be a tweet edit function in the future? Maybe — and maybe not. Until then, the annoyance of typos and grammatical errors will stick around in Twitter for a long time.