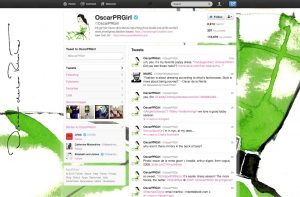 Can I Go Back to the Old Twitter Layout?

On July 2019, Twitter began rolling out a new look to replace the old Twitter layout. The social media website bid farewell to the old Twitter appearance and introduced an updated and refreshed website that’s more personalized, easy to navigate and a lot faster to load.

Unfortunately, not everyone was on board the new Twitter layout. Whenever a website or an online application makes big changes to its visual interface, site owners and developers can expect a pushback — and Twitter is no exception.

If you prefer the old Twitter (or want to take a trip down memory lane), you could take steps to change back to the old layout. Before we get to that, let’s first find out why the social media giant decided to give its website and the mobile app a makeover.

The reason was simple: a redesign of the existing website was long overdue. The desktop interface has stayed the same for seven years. What’s more, the tech stack was so old that the engineering team was experiencing difficulty issuing improvements.

When the social media giant rolled out the new Twitter (dot) com layout, the company introduced a new look along with the following features:

Managing multiple Twitter profiles? You can switch between accounts more easily directly from the side navigation.

Find Direct Messages in One Location

Twitter has expanded Direct Messages, enabling you to send messages and check your conversations all in one place. This gets rid of the trouble of switching between screens to send a DM.

Enjoy Opportunities to Personalize Your Profile

Lights Out and Dim aren’t the only themes you can use. Make Twitter yours by experimenting with a range of themes and color options.

You can find Profile, Lists and Bookmarks right up front. They have their own place on the side navigation. This enables you to jump between different tabs quickly and easily.

When Twitter invited users to try out the prototype of the new design, not everyone expressed satisfaction with the makeover. Some didn’t think that the new Twitter layout was a big deal, while others were still waiting for the button that allowed them to edit tweets.

How to Go Back to the Old Twitter Layout

The social media giant finally terminated the legacy Twitter theme back in June 2020 — a time when nearly everyone is busy trying to survive the pandemic. This forced desktop users to use the new, mobile-inspired Twitter layout.

Previously, there were simple workarounds to bring back the old Twitter look by getting rid of the rweb_optin cookie or changing the “useragent” of your web browser to Internet Explorer 11. These quick fixes, however, no longer work.

If you still hate the new Twitter layout, you have the option to rearrange Twitter’s interface (and bring back the nostalgia) using GoodTwitter2 and Tampermonkey.

GoodTwitter2 is a userscript (also known as a Greasemonkey script) that modifies the appearance of the new Twitter layout. Take note, though, that the fix won’t generate a complete recreation of the old design. Instead, you can expect a hybrid between the old and the new interface. You can find GoodTwitter2 developed by Bl4Cc4t here if you’re interested.

Once you’ve downloaded the GoodTwitter2 code, the next step is to download Tampermonkey, a popular userscript manager that runs userscripts. After downloading, install the Greasemonkey script, and you’re all set. You should be able to see features from the old Twitter layout, such as the legacy navigation bar and your profile on the left side of the screen.

A word of caution, though: certain Twitter functionalities may break from time to time, as the current website doesn’t support the old layout. If your goal is to reclaim the old Twitter layout just for a little bit, then that’s fine. Sticking with the legacy theme for the long run, however, isn’t advisable.

Why not do some customizations while you’re on the old Twitter layout? This is possible with Themeleon, a web application that enables users to change their Twitter layout without paying a single cent.

Start by heading over to the Themeleon website. You’ll see three drop-down boxes: layout, background and themes. Below them, you’ll find a page that resembles a Twitter profile page. Log in to Themeleon using your credentials on Twitter and enable access to it.

Theme customization is straightforward. Pick from one of the layout templates or design one of your own. You could also set a custom background. Either choose a pattern or show off your creative works by uploading your own image. The size of the image file needs to be less than 800 kb.

Next, pick your preferred color palette for the various page elements, such as sidebar and links. You can select from the pre-built palettes or make your own.

Before you click “Save Profile,” make sure to check the live preview. If you’re happy with the customization, hit that button and enjoy your new Twitter profile layout.

Reverting to the old Twitter layout is possible, but don’t expect the website to work smoothly and properly. You have to embrace change eventually and accept the new Twitter layout if you want to keep using the social media platform.