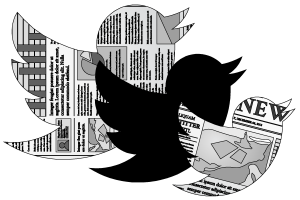 Get Reliable Twitter News Stories and Updates with Our Guide

Millions of people around the world use Twitter. An article from Variety revealed that the social networking company has approximately 192 million monetizable daily global active users for Q4 2020.

When people log in to Twitter, they don’t simply tweet about their day and connect with friends and family. They also use this platform to get news. As a matter of fact, a study from the American Press Institute found that almost nine in ten survey respondents use Twitter to get news updates.

How did Twitter transform into a social media news platform? When the Arab Spring began shaping politics in the Middle East sometime in 2010, many news media outlets started reporting on the unrest in various countries in the Middle East and Africa.

Before the news cycles caught up, however, Twitter users at the site of the protests were uploading videos and photos using a mobile phone. These people created Twitter news updates simply by posting details about their experiences.

The immediacy of Twitter, therefore, has turned this social media platform into a viable source of news.

You can use your personal account to obtain trusted Twitter news updates. You can, for starters, get a feel of what’s happening now by checking out your feed.

The content, however, is limited to two factors: the accounts you follow and the content that advertisers want you to see. If you would like to obtain a general feel of what’s going on with the rest of the globe, you’ll need to follow the best Twitter news media outlets and constantly check out the “What’s happening” tab.

Start by typing in your hometown on the search bar, then hit enter. You’ll then see Twitter news content related to your local area. You will also have the option to follow your chosen topic, allowing you to see related content that will now begin to show up in your feed.

A hashtag is a way for people to identify relevant themes in a tweet. This is useful for alerting other Twitter users who may have similar interests in your content.

When you come across a Twitter news item you’re interested in that has a hashtag in the post, click on it. You’ll then see search results for everything tagged with that term. Hashtags, therefore, are an easy way to find tweets about relevant and current events.

Who should you follow to get your daily dose of reliable Twitter news stories and articles? Stay up to date by subscribing to these follow-worthy news accounts:

This American newspaper covers political news from across the globe along with other important headlines. The New York Times is a must-follow Twitter news account if you’re genuinely interested in news and politics.

The Twitter channel of ABC News is a trusted source for breaking news, exclusive interviews, headlines and analysis across the United States. If you’re looking to stay in the loop with what happening in your country, following @ABC is the way to go.

Unfortunately, not every piece of news on Twitter is factual. Some peddle bogus stories to mislead people, discredit a public figure, and generate ad revenue via web traffic. You’ll know that you’ve come across a fake news story or article on Twitter when you find the following red flags:

As a Twitter user, you can take steps to report misleading information and help end the writing career of fake news authors. Here’s how you can report a tweet for possible violations:

After submitting your report, you’ll receive suggestions for additional actions you could take to improve your experience on Twitter.

Getting your news on Twitter is convenient. Just make sure that you follow reputable news media outlets and fact-check the stories you read to see if they’re legit and trustworthy.

PrevPreviousWant to Keep a Low Profile? Create an Anonymous Twitter Account
NextCan the Longest YouTube Video Be Monetized for Ads?Next
Scroll to Top
Scroll to Top
Go to mobile version